True Love, Also known as Uttaran is a famous Indian soap opera aired on Colors TV from 1 December 2008 to 16 January 2015. The show consists of three-generation leaps starring Sparsh Khanchandani and Ishita Panchal. After that, the show took a 10-year leap in which lead stars were Tina Datta, Rashami Desai, Nandish Sandhu, Rohit Khurana, Gaurav Chopra and Sharhaan Singh. The show took another eighteen years leap starring Tina Datta, Sreejita De, Saurabh Raj Jain, Vikas Bhalla, Mrunal Jain, Ajay Chaudhary & Gaurav S Bajaj in lead roles. The show was renamed ‘Sindhu Bhairavi’ to be aired on ‘Raj TV’ a Tamil TV channel and ‘Valsalyam’ on Malayalam TV Channel Surya TV. On Colors Tamil, the series was remade as Oviya. It’s the third-longest show on Colors TV. Uttaran was one of India’s most famous television shows between 2009 and 2012 and one of the top TRP shows on Colors TV. As it is aired on Glow TV, we are going to share ‘True Love’ teasers, episodes, highlights previews, updates, and spoilers for July 2020.

In July 2020, You’re going to see Mukta and Meethi trapped in a fire! Vishnu eventually understands that it’s time for him to end his relationship with Meethi and start a new life with Mukta. Damini blesses the relationship between Vishnu and Mukta. Damini refuses to give Meethi and Aakash her blessing and Meethi thus agrees to respect Damini by staying away from Aakash. The divorce forms are sealed by Meethi and Vishnu. Rathore is arranging a big engagement party for Mukta and Vishnu. Aghat comes to murder Aakash in the Thakur mansion. Damini keeps Aakash accountable for Meethi’s condition. The doctor says that Meethi’s condition will be critical in the next 24 hours. Aakash prays God to save Meethi.

Ekadish is provoked towards Meethi by Granny. Meethi is examined by the doctor and her legs are not moving. Damini’s furious and saddened to learn Meethi won’t be able to go anywhere. ACP Chauhan comes to the Bundela mansion to finalize Aakash’s engagement with his daughter. Ekadish along with Chauhan reveals Ambika’s photograph. Damini meets Aakash and begs for his pardon. To encourage him not to marry, Mukta goes to meet Aakash, but Ekadish stops her. The Invitation of Aakash is seen by Rathore and Meethi. After that, the engagement of Akash and Ambika takes place while Mukta and Vishnu complete their engagement rituals.

After seeing Meethi on a wheelchair, Aakash is heartbroken. Even though Meethi has taken a bullet for her son, Ekadish hates her and is happy to hear Damini and Meethi leave the city for good. Aakash claims he can’t marry Ambika. Aakash leads and attempts to avoid Meethi and Damini. Meethi asks Aakash if he is willing and happy to take the responsibility of a disabled person for the rest of his life. Ekadish comes to the Thakur Mansion and begs Damini for forgiveness. Aakash and Meethi get Married! While taking Aakash’s blessings, Ambika purposely faints! After seeing Meethi and Aakash happy together, Ambika seems very upset.

Mukta and Vishnu are living in a -poor region after they have refused to take home from Rathore. Mukta is happy, but her grandmother is really unhappy because of the living standards of Mukta. Mukta tells Vishnu she’s going to get a job to support him with household finances. Mukta goes for her work interview. Ambika’s attempting to kill Meethi! On the other hand, Aakash is preparing a surprise for Meethi.

In celebration of the new job of Mukta, Vishnu gifts her with a pen and laptop. On the other hand, Aakash is taking good care of Meethi and helping her to practice walking. Pavitra reaches the space of Meethi, stealing her jewels. Aakash dresses up as Santa Claus and gives Meethi a watch as a present. Yuvraaj sneaked into the  Mukta’s house and left a gift under the tree for Mukta. Yuvraaj is watching Mukta via  CCTV camera. Aakash, Meethi, Sankrant and Ambika reach the hotel for the honeymoon. Yuvraaj is overloading Mukta with work so that she misses her bus. Ambika buys a poisonous snake and throws it into the basket of Meethi.

Watch the amazing twists and turns on True Love that airs on Glow TV, StarSat and OpenView from Mondays to Fridays at 20h00 and 20h30. 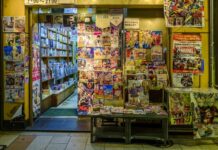 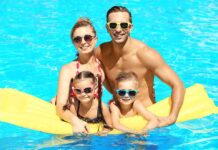 Fun On The Pool This Summer

TOP 10 Hollywood Movies You Must Add On Your Watchlist 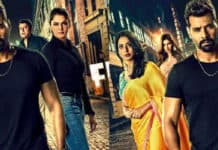 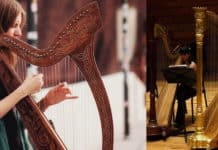 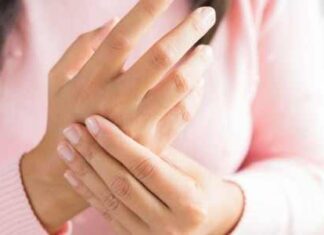