Kylie Jenner Biography : Meet The Youngest Self Made Billionaire | Pulchra 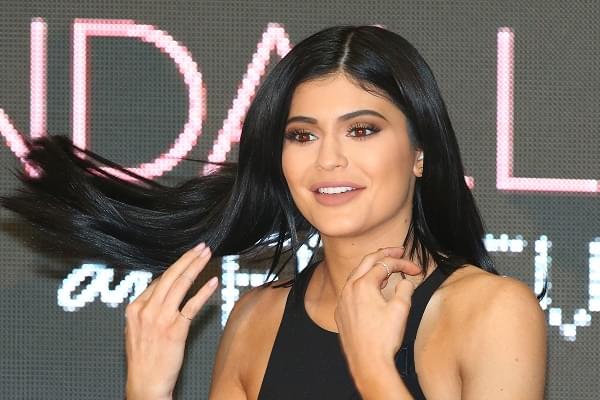 Who doesn’t know the reality star, model, businesswoman, socialite and social media icon Kylie Jenner? At the age of 21, she became the youngest billionaire in the world by replacing Mark Zukerberg in 2019. She is the youngest Kardashian-Jenner family member, loved by people all around the world.  She is one of the most influential celebrities in the fashion industry. She appeared in reality TV series Keeping Up with the Kardashians alongside her famous family. Kylie Jenner is the sister of Kim Kardashian West, who is the most prominent star of the Kardashian-Jenner clan. She is definitely a beauty with brains. There are a more you need to know about her, so let’s go and discuss.

Kylie Jenner was born on August 10, 1997 in Los Angeles, California to Kris and former Olympic gold medalist Bruce Jenner. Bruce Jenner, her father is now known as Caitlyn, as he’s gone under surgery to become a woman. Kendell Jenner is Kylie’s older sister. Kourtney, Kim, Khloé and Rob Kardashian are her half-siblings. Kylie has spent her childhood in the spotlight among her siblings, who are very famous. She went to Sierra Canyon School, where she was a cheerleader. In 2012, she became homeschooled and in 2015, she graduated with high school diploma from Laurel Springs School in Ojai, California. From 2014 to 2017, she dated rapper Tyga. In April 2017, she started dating a famous rapper Travis Scott. They both have one daughter named Stormi.

In 2007, she appeared in reality series “Keeping Up with the Kardashians” with her parents and siblings. The series was extremely successful and resulted in the creation of numerous spin-offs. In 2013, she made the announcement that she will launch The Kendall & Kylie Collection with PacSun, which launched in Feb 2013. Later in Feb 2014, she and her sister Kendal Jenner launched a shoe and handbag line for Steve Madden’s Madden Girl line. In August 2014, the Kylie and Kendal appeared in singer PartyNextDoor’s “Recognize” music video. In October 2014, Kylie launched the line of hair extensions called Kylie Hair Kouture in partnership with Bellami Hair.

From 2015 to 2018, Kylie Cosmetics witnessed a rise. In May 2015, an episode of Keeping Up with the Kardashians, Kylie accepted that she’s undergone lip surgery. Her fuller lips gained her huge publicity. In August 2015, Kylie announced that she is going to launch her first lipstick line under the name Kylie Lip Kit. Later in September 2015, she launched her website and mobile app. In Feb 2016, Kylie renamed her cosmetic company to Kylie Cosmetics. In June 2017, she announced two new cosmetic sets in collaboration with her sister Khloe Kardashian. It was named Koko Collection. Later that year in June, Kylie was placed at number 59 in the Forbes Celebrity 100 magazine. At that time, she was just 19 years old. She was the youngest person ever in the list. In April 2019, Kylie with her sister launched a new fragrance. In May 22 2019, Kylie launched her own skincare brand Kylie Skin. The brand started producing face washes, scrubs, moisturizers and makeup removing wipes.

Birth Name of Kylie Jenner is Kylie Kristen Jenner. Her height is 5’6″ (168 cm), 5’6″. She weighs 58 Kg. Her body’s build is Voluptuous. Her natural hair colour is black and eye colour is dark brown. She’s a beautiful, cute face with plum, fuller lips. Her body measurements are 38-27-36. She wears a bra of size 34D.

Kylie Jenner Net Worth and salary

Kylie Jenner has endorsed a lot of brands. From her cosmetic company, she’s made a whopping amount – $1.2 billion. Her net worth in 2019 was estimated at $1 Billion. She earns from her endorsements, modelling shows, TV shows, social media, Kylie skin and other business ventures. Kylie Jenner is one of the wealthiest people who created an empire. She is a business magnate who attracted million-dollar companies to work with her. People might criticize her for her lip augmentation, but they can’t deny the fact that she’s done an amazing job by becoming the youngest billionaire in the world.

Kylie Jenner has a daughter Stormi with Travis Scott. She was born on February 1, 2018. Kylie and Travis parted ways in the 1st week of October 2019.

Awards and achievements of Kylie Jenner

kylie jenner before and after

Also Read – Kendall Jenner: One Of The Highest Paid Models In The World?

Isabela Moner Bio – All You Need To Know About The...